Almost 25 years ago Daniel lived with Yogis in the caves of the indian Himalayas. 20 years ago he opened the first yoga studio in Malmö and 10 years ago he went into a meditation retreat in Asia that lasted a near decade. During his retreat he was invited to share his unique knowledge and experience through workshops and retreats in all over the world. He went from New Zeeland to Moscow, all over Europe and South East Asia and taught yogateachers and senior students how to spiritualise their practise as many felt that Yoga and Meditation had lost its soul after it became a world wide fitness and self-help phenomenon.

When Covid came, and the whole world went into a reatreat-like lockdown, Daniel left his retreat and stopped teaching globally. He returned to his native Sweden, the only country in the world that was not in lockdown, and opened a new yogastudio where he held daily yoga classes, meditation sessions and tea ceremonies.

Today Daniel is no longer teaching. Perhaps he will in the future. perhaps not. Time will tell.

For more than 20 years Daniel’s life has been like a laboratory dedicated to Yoga and Meditation. As a teacher, he manages to merge the physically oriented methodologies of modern yoga with the profound spiritual insights that unfolded within him during his journey into traditional Himalayan Yoga.

He met many of the famous Gurus of the late 1900´’s in India, but none of them could to quench his deep yearning for self realisation and show him the genuine way of spiritual life.

He therefore went to study the history, philosphy and psychology of Yoga at the Bernaras Hindu University (2000).  And although this satisfied his intellect, his soul was still yearning to connect spiritually with the Divine.

Thus he went deep into the Himalayas and that was where he met and lived with an accomplished yogi (2001 & 2002.) His Guru was an accomplished master and he shared with Daniel the authentic way of yoga and meditation he had been seeking.

When his Guru died Daniel  went to Puri in Orissa to become a Brahmachari (monk.) After several months of silent meditation it became clear to him that it was better for his spiritual development to go back to his native Sweden and practice karma yoga by sharing the understanding of yoga and meditation he had gathered.

In 2002 he therefore returned to Sweden and opened Yoga Kendra. There he inspired hundreds of students and guided several instructors for almost a decade. He got married and lived the life of a householder while continuing to visit India yearly for personal retreats.

In 2005 he received initiation by a Siddha from Tamil Nadu and in 2008 he was trained by a great yogi from the ancient Nath Sampradaya during one of his pilgrimages in the Himalayas.

In 2011 he left Yoga Kendra, his family and his country and went into a 7 year retreat.

In 2012 he was given the name “Sadananda” while receiving higher initiation into tantra by a revered master in Varanasi.

From 2010 to 2019 he travelled for a few months yearly to share his practice with aspirants in all over the world.

From 2012 – 2020 he made his retreat in Chiang Mai and here discovered tea and its usfulness for meditators. This led him to study the chinese way of tea (Gong Fu Cha) under renowned masters in Malaysia and China and he began producing his own tea in China and in Thailand.

In 2020 he returned to his native Sweden and opened up a teahouse in Malmö where he also taught weekly yoga classes, meditation sessions and tea ceremonies. In December 2023 Daniel closed his studio. He is currently not teaching. 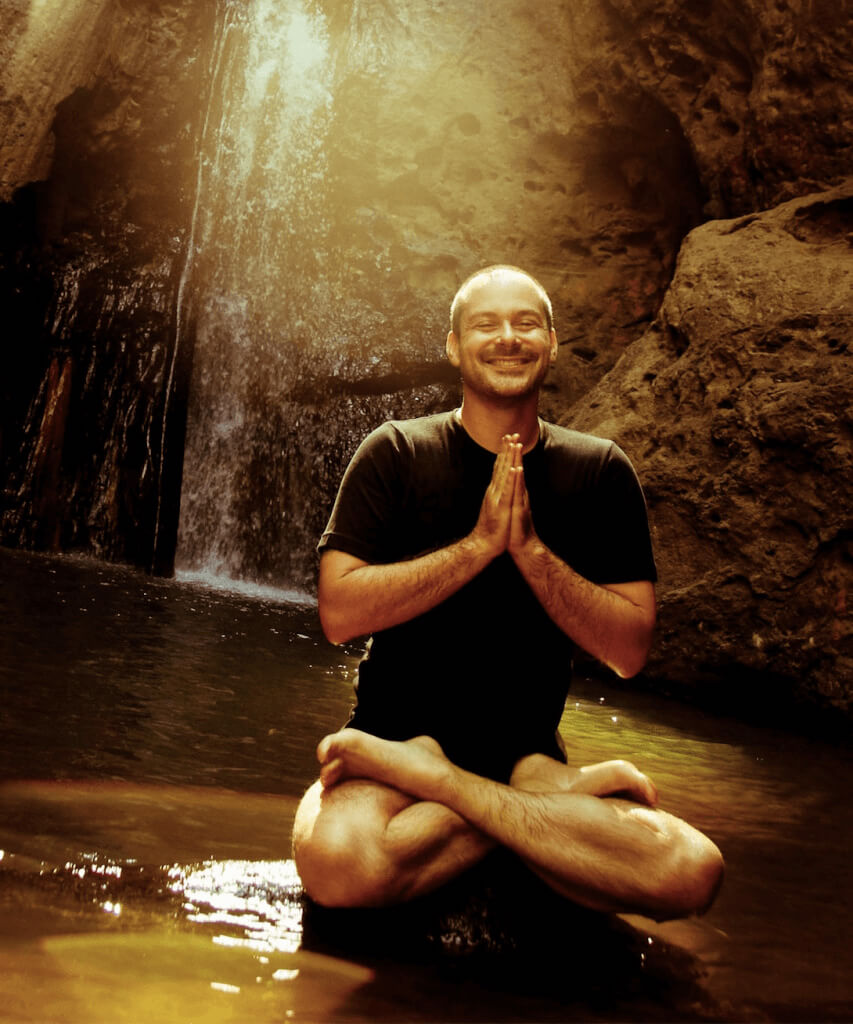